Call for a Free Bail Consultation with an Expert Bail Agent

Bail Bonds Bellflower covers any type of bails in Orange County. We offer a full 24/7 days a week service. The system never sleeps, so neither do we.

Whenever you need our services, you can be guaranteed we will be there for you. 24 Hour Bail Bonds, All Courts-All Jails, Serving The Community Since 1958.

Our family-owned business team focuses on customer care and support, as we understand the level of care and professionalism required and the sensitive nature of these cases. With us you can explore and learn all the requirements for each jail in Orange County, depending on your case.

Also, we can rely on numerous testimonials and expression of gratitude we had from previous customers. Thanks to this, we can demonstrate the efficiency of our bail bonds company.

We’d like to make your life easier by providing you a hassle-free experience like we have done for thousands of families all over Los Angeles and Orange County during the last 50 years. We offer several services, such as:

Bail Out Someone for Spousal Abuse

We are especially sensitive to family members or friends attempting to secure the release of the person in need. Domestic violence also involves violence against children, parents, or the elderly.

Bail Out Someone for Drug Possession

Whether it is a misdemeanor or felony charge, it would depend on the variations of drug crimes:

Bail Out Someone for D.U.I.

D.U.I. stands for Driving Under Intoxication. When a suspect of D.U.I get arrested, is usually taken into police custody and “booked” or “processed”, where authorities might research their criminal background and confiscate any personal properties before getting the person in jail. We got you covered after this.

Bail Out Someone for Assault and Battery

In most regions, it is considered an assault or battery if the person used a deadly weapon or aggressively threatened to use it against someone, be it a gun, a rock, a stick or any object that can cause serious harm if desired. If the attack was with fists or by grabbing someone’s arm, then it can be considered a misdemeanor.

Bail Out Someone for Felony

Felonies, simply, are crimes that are punishable by incarceration in a state or federal prison. There are two other categories of crime: misdemeanors and infractions. California has its own set of rules, so the sentences and way that they handle your crime here may differ greatly from how the same crime would be dealt with in another state.

The bail can be more or less depending on the severity of the crime. Those crimes that are third-degree felonies that can be moved down into the misdemeanor category may face less of bail than a first-degree charge of the same felony.

Bail Out Someone for Crime

All suspects must comply with conditions of release. If one condition is violated or ignored, then it’s possible that the judge revokes the bail and orders the person to get re-arrested. Conditions can go from the alleged not talking to the victim, to not be allowed to go within a specific distance of a specific place, person, or persons.

All bail bonds agencies or bail bondsman in California must have the appropriate licenses to legally offer their bail bonds services along with the coordinating credit agencies and court systems.

The state’s regulations must adhere to the CA bail bonds practice. We, like other agencies in California, ask for a fixed percentage rate of bail’s total, which is 10%. To get this initial amount a judge will weigh a variety of factors, including the nature and severity of the crime if there are any previous convictions, assessment of a defendant’s ties to his or her community, and employment status.

The bail bond is valid for one year unless the case is dismissed, or the defendant is found guilty and returns to jail. After a year if the case is still in progress, the bail bond must be renewed.

Why Choose Our Professional Services

For many people, getting that particular call where they find out their loved one or friend or family member was arrested could be overwhelming and quite scary, they can get very concerned, panic or feel embarrassed about having to take care of such annoying and sad process.

We have a money back guarantee bail bond! For most hard-working people, a bail bond is a lot of money. And if you’re going to buy one you should be getting what you pay for. Don’t gamble with your money or with the freedom of the ones you care about. 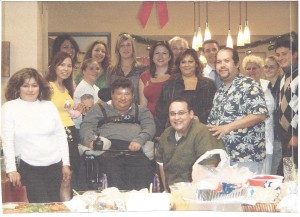 Located in the southeast metropolitan area of Los Angeles County, California, Bellflower is a city that’s known for their friendly behavior to anyone visiting, so hospitality and a sense of family are what you’ll find.

Bordered by Downey, Norwalk, Cerritos, Lakewood, Long Beach, and Paramount, Bellflower is a fantastic place to live or visit. Near Bellflower, you can visit the Cerritos Center of Art, explore the Los Angeles County Fire Museum, and enjoy a nice calm walk at El Dorado Nature Center.

The city of Bellflower, as mentioned before, is part of the Southeast Los Angeles County, and the “Gateway Cities Council of Governments (GCOG). The State Route 91 is the one that runs east-west (the southern portion of Bellflower), while the San Gabriel River Freeway, or Interstate 605 runs north-south. The century Freeway or Interstate 105 passes through the east-west in the north of the city.

We know that dealing with an arrest can be a tough and stressful situation, but we want to help relieve some of that tension by providing you world class bail bond services. We’ve helped thousands of individuals, not only in Bellflower, California but throughout the state post bail and go free, and we can help you too. Call Angels Bail Bonds today to get the help that you need! We look forward to working with you and providing you with affordable and reliable bail services for you, a friend, or a family member.